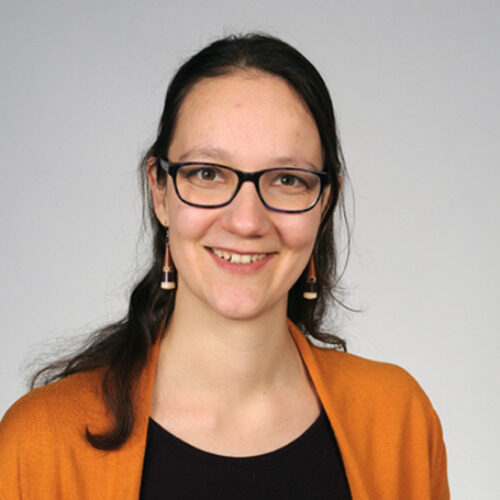 The soil is full of life; beneath our feet microscopic organisms perform all sorts of tasks. As a soil ecologist I am interested in understanding how soil communities function, how plants and soil organisms interact and how they respond to changes in their environment. My research projects focus on carbon dynamics, decomposition, microbial food webs and the impact of global change such as drying and warming effects. Most of my research concerns peatlands and aims to:

Northern peatlands, in the arctic and boreal zones, are globally significant soil carbon stocks and feedback to the global climate through fluxes of the two most potent greenhouse gases, carbon dioxide (CO2) and methane (CH4). Carbon cycling in peatlands is strongly linked to their vegetation and hydrology. There is growing evidence from arctic permafrost peatlands of drastic changes in the plant composition and water table dynamics as a result of climate change; these changes have strongly altered their greenhouse gas (GHG) dynamics. In BorPeat we aim to uncover the feedback between the hydrology, vegetation and GHG dynamics of northern peatlands. Particularly, we focus on four aspects of the long-term drying trends in northern peatlands:   Mixotrophic protists are tiny organisms that play an intriguing double role in ecosystems. Much like corals, these organisms live in symbiosis – in a mutually beneficial relationship – with tiny photosynthetic algae. While on their own the protists feed on other organisms to acquire carbon (C) and energy, they can also delegate the job to the micro-algae they harbor, which, using sunlight and photosynthesis, can transform atmospheric carbon into sugar. Mixotrophic protists can be very abundant in peatlands, but despite their abundance, their contribution to peatland C cycling has been almost entirely ignored. For MIXOPEAT I developed a mathematical model to figure out the role mixotrophic protists play in the microbial food web in the context of climatic pressures. Moreover, I zoom-in on the constant recycling of organic material that soil organisms are responsible for. Since peatlands store one third of all carbon stored in soils globally, decomposition of dead plant material feeds back into the carbon cycle. The speed and efficiency of decomposition are determined by the decomposer community in the soil, the nature of the material and the local conditions. To get a better understanding of how decomposition acts out throughout the year, we visited a the MIXOPEAT experimental site, a peatland in the French Pyrenees, every month during a full year and measured litter decomposition, soil bacteria and fungi, their enzymatic activity and the local environmental conditions with the aim to capture the temporal variation of the decomposition process.   Capturing the complexity of soil life for soil quality assessments is one of the most challenging paradoxes of contemporary soil science. Soil biota perform a plethora of processes that are fundamental to soil quality. As the concept of soil quality developed, so have the attempts to integrate soil biological measurements into monitoring schemes from field to regional scale. By bringing together current scientific knowledge about soil biology, we develop an integrated framework capturing the who and how of soil multifunctionality. We specified the role of soil biology for four soil functions (Carbon and Climate Regulation, Water Regulation and Purification, Nutrient Cycling, and Disease and Pest Regulation). We identify challenges often encountered in soil quality assessment and monitoring schemes and propose how the framework can be applied to provide a flexible selection tool.