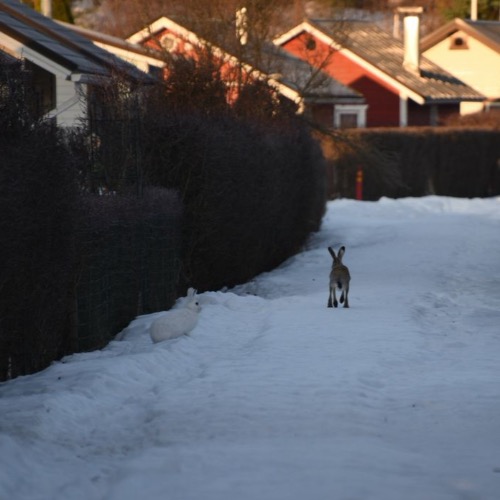 Our research group is a part of the CROSSHARES consortium, studying the biological consequences of hybridisation between mountain hare and brown hare, broadly utilising state-of-the-art methods in genomics and molecular biology.

Origin of species is a central theme in evolutionary biology. However, the molecular determinants of species differentiation are poorly understood. Our recent observations from hybridization among mountain and brown hares in Finland suggests that mitochondria play an important role in the speciation process. Mitochondrial proteins are partly encoded by maternally inherited mitochondrial DNA (mtDNA) and partly by nuclear DNA from both parents. The incompatibility between the two compartments in hybrids could be the main mechanism maintaining the species boundary. Our goal is to experimentally test the mitochondrial-nuclear incompatibility and identify central factors involved in it. The study would not only elucidate the molecular mechanisms of species differentiation, but would help to understand mitochondrial function, signaling between mitochondria and nucleus as well as provide new insight into the pathological mechanisms of human metabolic diseases.

Alongside our work on hybridisation, we are broadly interested in hare parasites, population genetics, evolution as well as how climate change is influencing the distribution and ecology of brown hare and mountain hare.