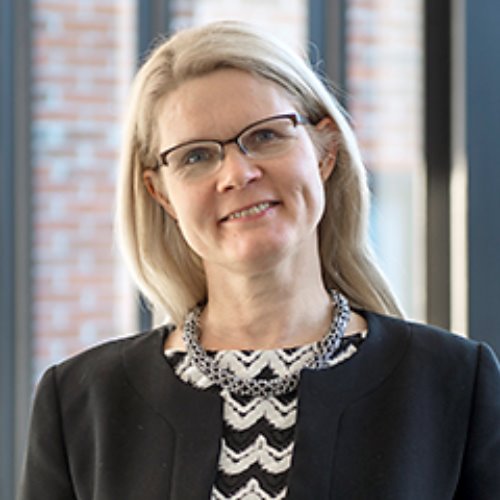 Kati Tervo-Niemelä (former Niemelä; born 1972 in Seinäjoki) is a professor in practical theology at the University of Eastern Finland. Her contact email is: kati.tervo-niemela@uef.fi
She has previously worked as a senior lecturer in Church and Social Studies/Practical Theology (2012-2018) and as professor in Church and Social Studies (fixed term 4/2015-3/2017 at the University of Helsinki. Tervo-Niemelä holds a title of Docent in Religious Education (2002). Her research covers many areas of practical theology, religious education and church and social studies. Tervo-Niemelä has previously worked as a Senior Researcher at Church Research Institute (2000-2012).
Her main research interests have been (1) the clergy career and ministry formation; the work orientation and well-being; (2) religion and the lifespan; (3) religious affiliation and disaffiliation, (4) the youth and religion, (5) religious rituals and (6) religion and the media.
She has published actively both in international and national settings in the abovementioned areas, including seven monographs (e.g. Does Confirmation Training Really Matter?; Vieraantunut vai pettynyt? Kirkosta eroamisen syyt Suomen evankelis-luterilaisessa kirkossa; Teologiksi? and Uskonko niin kuin opetan? Seurakuntatyöntekijä uskon ja elämän ristipaineessa) and six co-authored monographs (including Questioning Mind and Religion in Finland), six edited or co-edited volumes.

Kati Tervo-Niemelä is the Chair of the Society for the Finnish Theological Literature (2016-); member of a steering committee for the Nordic Network for Theology and Praxis; formerly a member of the University of Helsinki Ethical review board in the humanities and social and behavioral sciences (2012–2017); a Council member of the International Society for the Sociology of Religion (ISSR/SISR) (2007–2013)