RELOCAL - Resituating the Local in Cohesion and Territorial Development

Spatial justice involves the fair and equitable distribution in space of socially valued resources and the opportunities to use them. As part of addressing the challenge of uneven spatial development, territorial cohesion, along with social and economic cohesion, has come to be a major goal of European policy. It emphasis the role of place and territory, and their specific assets (territorial capital) in EU cohesion policy.

However, the persistence and exacerbation of territorial disparities in the European Union, coupled with the insecurity that economic crisis and austerity have generated and even threaten this vision of cohesion. The aim of fairness with regard to access to opportunities, the availability of services of general interest and basic infrastructure, independently of location, has become increasingly difficult and expensive to achieve. One important consequence of this situation is a greater need to connect European Cohesion, both as policy framework and principle, more directly to local needs and local scale. Place-based and endogenous regional development as well as the more effective use of territorial capital and assets are some of the approaches that have been invoked to facilitate a greater local orientation of cohesion, territorial development and other EU policies.

The RELOCAL project departs from the basic premise that localities and their functional spaces represent the contextual nexus where the relationship between individuals and spatial justice unfolds. Therefore, the principal rationale of the RELOCAL project is to contribute to conceptually and empirically enhancing the knowledge base on spatial justice and territorial inequalities and it also contributes to identifying policies promoting spatial justice and socio-economic well-being at various levels of governance. 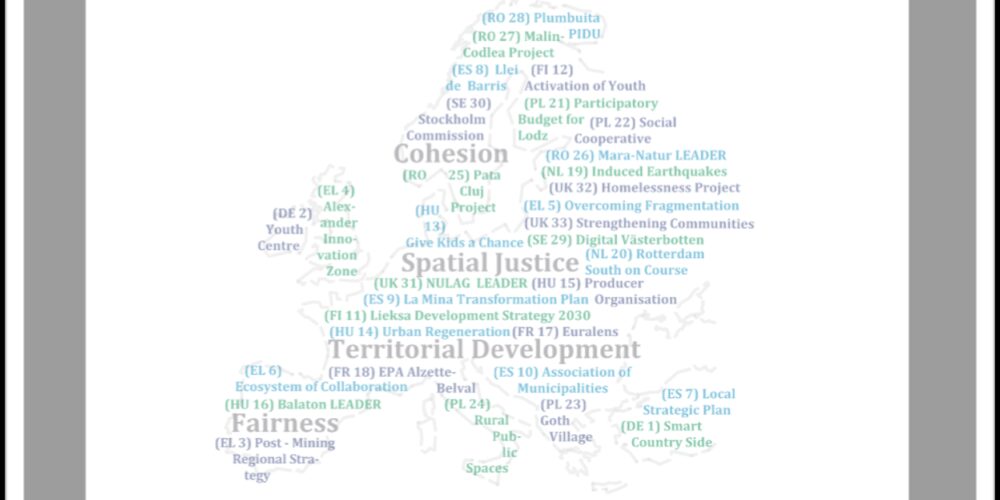 RELOCAL is based on 33 case studies of local contexts (cities and their regions) that exemplify development challenges in terms of spatial justice. (See at https://relocal.eu/all-cases/)