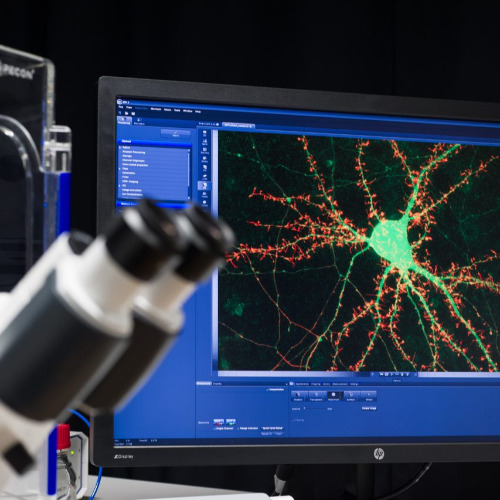 Alzheimer’s disease (AD) is the most common neurodegenerative disorder in the world, which affects up to 50% of individuals above the age of 85. Due to the global increase in the aging population, early diagnosis and treatment of AD are becoming increasingly important, not only from a human point of view, but also from an economic perspective. Thus, identification of the novel AD-related target genes and the subsequent mechanistic characterization of these targets are essential for the development of new therapeutic approaches and antecedent biomarkers.

Research Goals:
• To identify novel risk gene variants associated with AD and to elucidate their effects on processes relevant for pathogenesis of AD. Risk variant correlations with established biomarker levels in the brain, plasma, and cerebrospinal fluid samples of AD patients are applied.
• To characterize the functional role of AD-related risk genes, pathways, and co-morbidities in AD pathogenesis using in vitro and in vivo disease models. The focus in these models is set to the factors that affect early synaptic dysfunction, function of glial cells as well as ß-amyloid and tau pathology.

Scientific and Societal Impact of Research:
It is expected that the novel mechanistic insights and biomarker potential related to molecular targets, which contribute to the synaptic dysfunction in the early pathogenesis of AD will be discovered. This allows the development of novel intervention approaches aimed at slowing down the progression of AD as well as other neurodegenerative diseases involving similar mechanisms. It is also likely that potential AD-related early biomarker targets will be identified, which can be later evaluated in the early diagnosis and disease progression of AD.