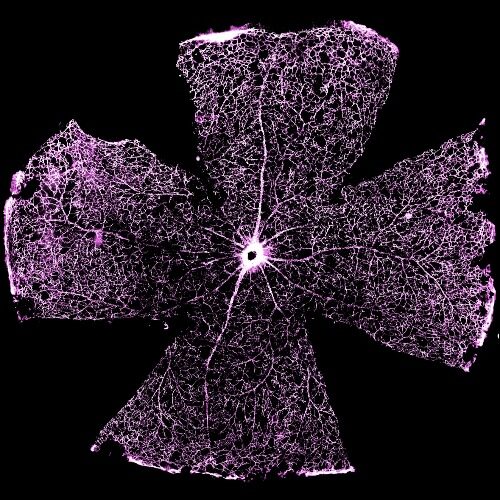 Leinonen Retina Laboratory´s research focuses on two projects: (1) Homeostatic plasticity in the retina, its molecular mechanisms and implications for functional adaptation; (2) investigation of a novel drug repurposing-strategy for the treatment of retinal degenerations (RD). We use the retina as a model tissue for plasticity, pharmacology and drug discovery research for several reasons, such as amenability for noninvasive imaging due to eye’s transparency, finely layered structure and well-characterized structure-function relationships, functional similarity to that of brain due to same neurodevelopmental origin. Arguably, the retina is the best-characterized neuronal system in the body.

We detected retinal adaptability to sensory defect in year 2013 and our first paper related to this was published in 2020 (Leinonen et al., eLife). Next, we aim to solve the molecular pathways enabling retinal homeostatic plasticity. This knowledge will help to find mechanisms how the CNS adapts to injury and malfunction and can guide pharmacotherapies.

Our drug discovery program uses repurposed GPCR drugs. We have shown that a treatment with a combination therapy comprised of three GPCR-drugs slows progressive RD. The next crucial task is to uncover the therapeutic mechanisms of our therapy. This will facilitate further development of the treatment concept and can launch innovative drug development pipelines.

The laboratory leader´s interest towards the eye´s retina was initially based on the realization that the retina  manifests pathological changes in diseases that are primary known as brain diseases (such as Alzheimer´s and Parkinson´s Diseases). The goal of this research branch is to develop retina-based biomarkers for brain diseases. Hopefully, with the help of retina-based biomarkers, these diseases could be diagnosed in an early disease phase, or even before clinical disease manifestation.

The laboratory´s research project (1) follows up my PhD project’s idea that the retina of the eye provides a window to study central nervous system, here in particular from neuroplasticity point of view. Our recently published data (Leinonen et al. 2020, eLife) show that according to mass retinal electrophysiology responses, signal transmission from photoreceptors (PR) to rod bipolar cells (BC) is potentiated upon PR decline. This is seen in mice with PR degenerative disease and by pharmacological suppression of PR function in healthy normal mice. The potentiation in PR-BC transmission is associated with reorganization of synaptic proteins as shown by expression analyses. Furthermore, despite dying PRs, behavioral visual function is well-maintained in a mouse model of retinitis pigmentosa. We believe that the inner retina responds to sensory deprivation by means of homeostatic plasticity, which helps to maintain function at brain level. Our current focus is to decipher the molecular mechanisms of retinal homeostatic plasticity.

Our systems pharmacology approach utilizes a combined therapy comprised of existing clinical drugs that act on G protein-coupled receptors (GPCRs). We have shown that prophylactic treatment with a targeted combination therapy with several simultaneously administered GPCR-acting drugs at low doses (sub-therapeutic if given as monotherapy) can prevent acutely induced retinal degeneration in distinct mouse models of retinal degenerative diseases. We are pursuing this promising drug development pipeline by expanding the trials into more translationally relevant progressive retinal degenerative disease models that differ in etiology, but which have the same blinding endpoint, and finally to initial clinical trials. A subsequent crucial task is to uncover the exact molecular mechanisms that can explain the retinal protective effects of our combination therapy. This will facilitate in further development of the treatment concept, and can launch innovative novel drug development pipelines.

Drug repurposing approach re-evaluates the usefulness of drugs that have already survived the costly drug development pipeline, and have proven to be safe for the use in humans. Drug repurposing has the potential to provide an economical and an effective alternative to treat patients suffering from disparate retinal degenerative diseases, and may be useful in the treatment of other complex neuronal diseases as well. Most importantly, the use of approved drugs surpasses several formally required drug development phases, and can therefore provide novel clinical remedies fast.