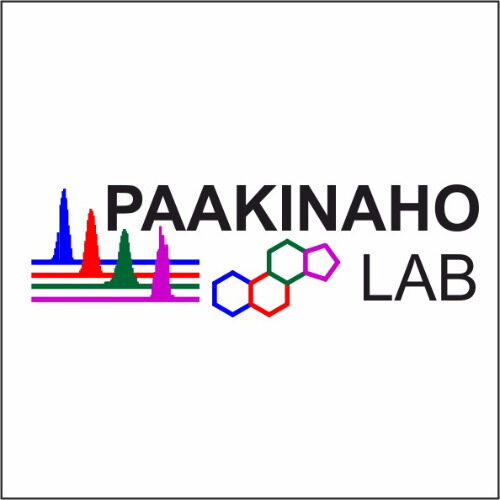 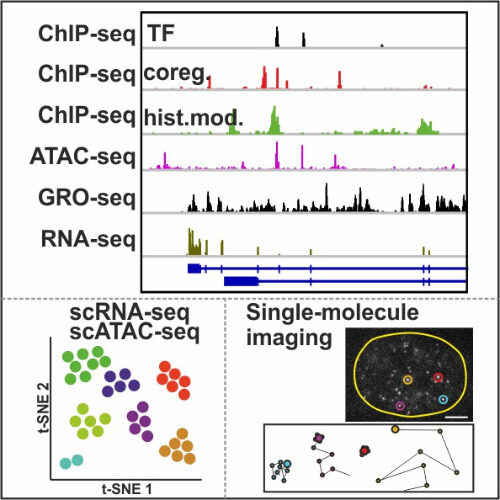 Our research aims to decipher the key transcriptional mechanism mediated by steroid receptors and pioneer factors in health and disease. Our specific interests are with transcription factor crosstalk in prostate cancer; how steroid receptors and pioneer factors alter each other’s activity impacting cancer initiation, development, and drug resistance. Special emphasis is placed from the steroid receptors on the glucocorticoid receptor (GR) and androgen receptor (AR), and from the pioneer factors on the forkhead box A1 (FOXA1). In our research we utilize genome-wide deep sequencing, single-cell genomic, and single-molecule imaging techniques. We aim to discover new therapeutic targets and forms of treatment to overcome drug therapy resistant cancers.

Institute of Biomedicine, School of Medicine, Faculty of Health Sciences

Detailed description of our research

Transcriptional regulation is one of the most important biological processes in organisms contributing to every aspect of health and disease. Abnormal regulation of transcription can lead to several different disease states, with the most drastic alterations occurring in cancers. Regulation of gene expression through enhancers and promoters is mediated by transcription factors (TFs). At these sites, TFs influence transcriptional regulation by altering the chromatin accessibility and RNA polymerase action via changing the activity and recruitment of other TFs and coregulators. In the past, the action of many TFs has only been investigated in isolation of other TFs/signaling pathways. However, TF practically never work in isolation, wherein only one TF is acting while others remain inactive. Recently it has been indicated that the interplay of TFs can drastically change when multiple pathways are activated in sequence or simultaneously. There are multiple mechanisms how TFs can modulate chromatin binding and the activity of other TFs, such as cooperative binding, tethering, and assisted loading (Figure 1A, see below). In addition, there are indirect mechanisms, such as coregulator squelching and TF cascades (Figure 1B, see below). Interestingly, this TF crosstalk can influence both the progression and drug resistance of cancers as well as the regulation of normal metabolic processes.

Steroid receptors, such as estrogen (ER), androgen (AR), and glucocorticoid receptor (GR), are hormone-controlled TFs that regulate transcription in multiple central cellular systems. The action of steroid receptors have a major role in the development and progression diseases, especially hormone-dependent cancers. The AR influences the progression of prostate cancer (PCa), while the ER (ESR1) is a critical factor for breast cancer (BCa) development. Thus, both receptors can be considered as oncogenes, and are the major drug targets in these cancers; the ER and the AR are targeted by antagonist compounds, or the synthesis of their activating hormones is inhibited. E.g., in PCa, the AR action can be inhibited by enzalutamide (ENZ), a second-generation antiandrogen that competes with androgens for binding to the receptor’s ligand-binding domain. However, despite the effectiveness of these therapies, the cancers frequently bypass the blockade of ER and AR activity through development of drug resistance.

In contrast to ER and AR, GR has long been thought to have a tumor suppressor role, since the receptor can suppress the growth of cancer cells, as exemplified by the effect of glucocorticoids on lymphoblastic leukemia. Furthermore, glucocorticoids are widely used to alleviate therapy-related side-effects and to reduce inflammation in BCa and PCa patients. Despite the beneficial effects of glucocorticoids, recent evidence suggests that GR plays a detrimental role in both BCa and PCa. In BCa, the activation of GR enhances the metastasizing capability of the disease. In PCa, GR is postulated to be an essential player in therapy naïve and antiandrogen-treated cancer. Thus, GR possess both oncogenic and tumor suppressive activities.

Coregulators recruited by the ER and AR have been considered as potential targets for cancer therapies. The druggable coregulators include EP300 and various proteins of the bromodomain and extra-terminal (BET) family. Inhibition of the activity of these coregulators have been shown to restrict the action of AR in PCa. In addition to coregulators, pioneer factors, a class of TFs, can have a major impact on the activity of AR and ER in in PCa and BCa, respectively. Especially, the forkhead box A1 (FOXA1), which is frequently mutated and dysregulated in these cancers, is important regulator of steroid receptor chromatin binding. Interestingly, this regulatory capability occurs in symmetric enhancer-specific fashion wherein steroid receptors can also modulate the chromatin occupancy of FOXA1. Finally, also other steroid receptors, have emerged as important “coregulators” for the ER and AR in cancer cells. In PCa, the inhibition of AR by ENZ increases the expression of GR, which can lead to GR replacing AR as the driver of PCa progression. Thus, the TF crosstalk can have a major impact on the development and progression of not only therapy naïve but also antiandrogen-resistant PCa.

For more information, see our two review articles on these aspects:

(i) What kind of crosstalk mechanism occur between steroid receptors and pioneer factors in benign versus malignant PCa cells.

(ii) How and through what mechanism does GR replace AR signaling in antiandrogen-resistant PCa cells.

(iii) To what degree does coregulators influence TF crosstalk in therapy naïve and antiandrogen-resistant PCa cells.

(iv) Which PCa TF crosstalk mechanisms can be observed in other cancer cell types.

We expect to discover new therapeutic avenues to target concerted TF action in PCa. The concomitant targeting of steroid receptor with a coregulator could help to resolve drug resistance occurring with single drug treatments. In addition, targeting of GR in antiandrogen-resistant PCa through other signaling pathways could help retain the beneficial systemic effect of glucocorticoids. Finally, we anticipate that our discoveries in PCa can be expanded and utilized in other cancers. 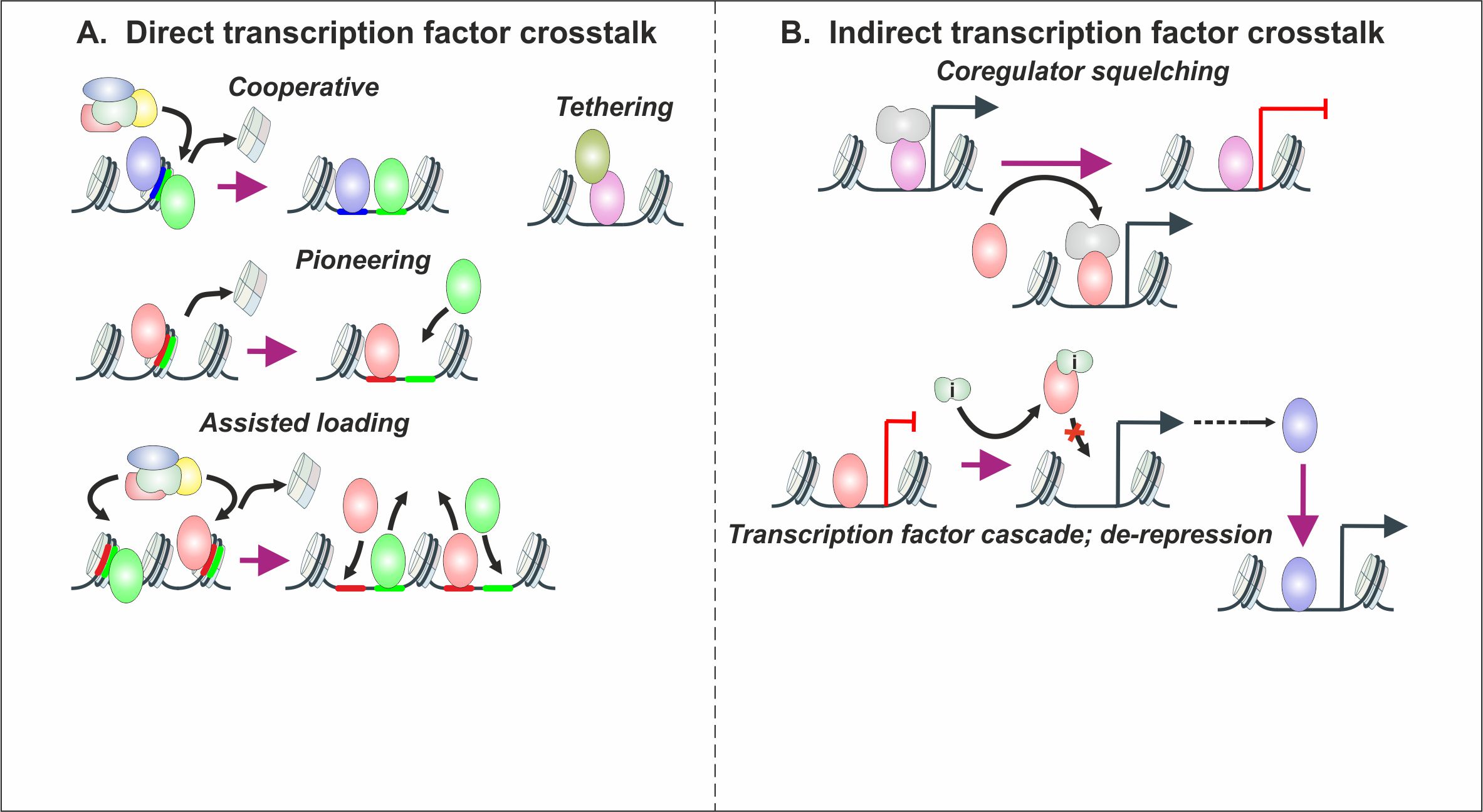 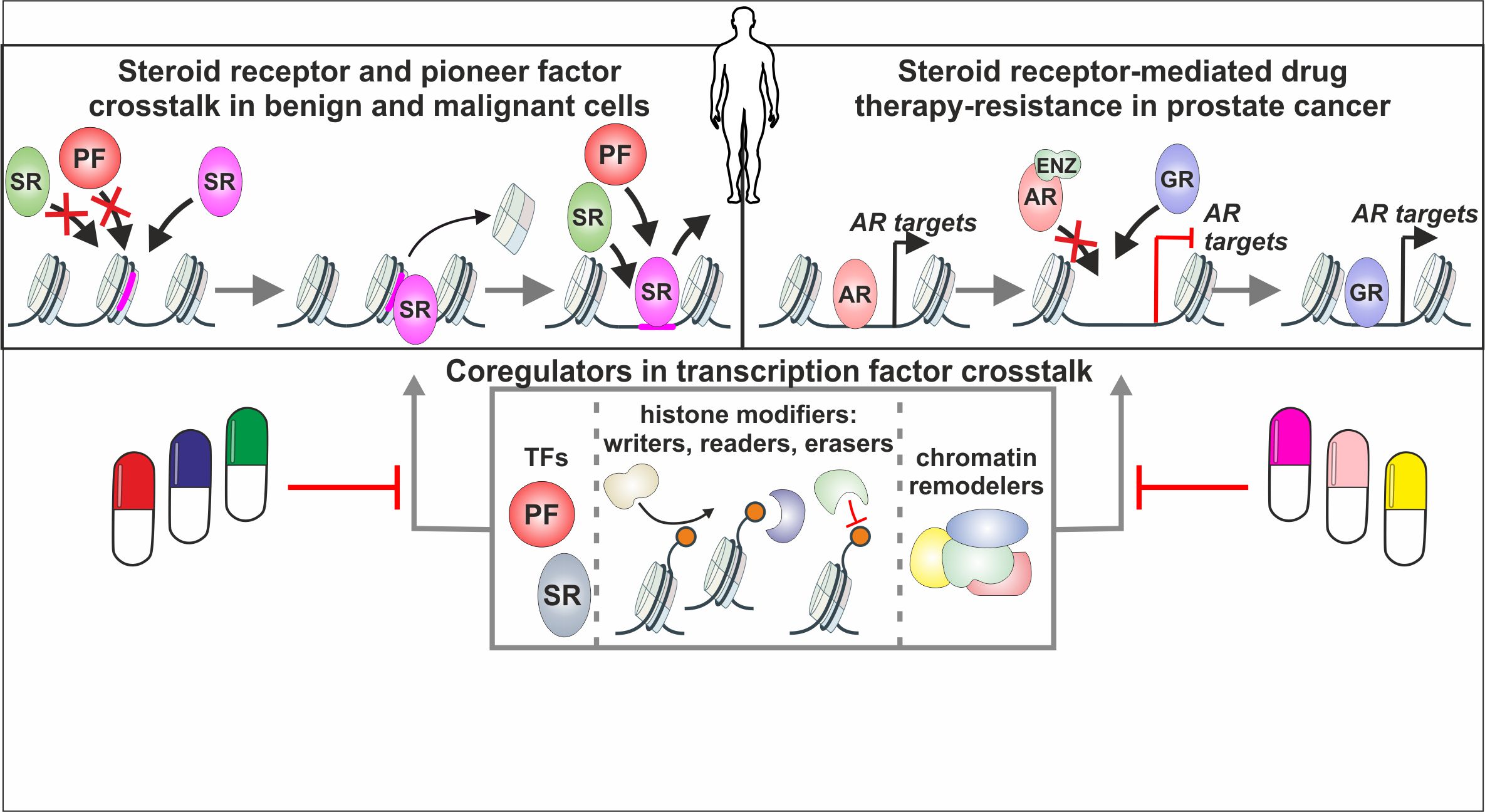